22-year-old Syrian university student: “There is nothing you can do but to laugh.”

During the Christmas holidays in 2016, I received two guests at home: Salam Al-Nutka and Eyad Al-Khayat, two university students from Syria. They were invited by TEDxTaoyuan to share their experiences. After the talk, they stayed an extra of four days in Taiwan. Some friends fell over each other to meet the two and to hear them telling stories from the other side of the world.

The situation is slightly better in the capital city of Syria, Damascus, where Salam and Eyad live. Occasionally there is continuous electricity supply lasting one to two hours at home per day, and the total time when electricity is available never exceeds five or six hours. In some areas there is no electricity at all for an entire month, and in conflict zones there is complete blackout. When seen from satellite images, Syria resembles a deep, hollowed black hole that has no end.

As a result, most of the people have no Internet access, and no one knows what is happening outside. Even if the Internet is accessible to some, it is nonetheless under surveillance, and all the news are censored. There is a severe lack of daily necessities, and news sources are blocked. People have nothing — they have no access to adequate electricity and water supply, and nor do they have a shelter, a job, or money.

Nobody dares to talk about politics. Every day there are many children wandering on the streets, some of them barely clothed. Despite the situation, no one would take the risk to give a helping hand; even doctors can’t save people at will, because nobody knows if the person being saved is related to rebel groups. You or your family could be arrested anytime if you say something wrong or trust the wrong person.

We see in the news how Syrians flee their country, how buildings and houses are wrecked, how children are covered in ashes, and how refugee camps are crowded with helpless people. What we did not realize is that war does not take place on the battlefield, but in their daily life. The trust between people is completely destroyed, and higher education has been suspended. There is a gap between generations, and the future of the next generation has ended before it even starts.

“What children can see every day is killing, killing, and more killing. Then you ask them to keep studying, to become citizens that care about the society, and tell them the world is wonderful. Who would listen to you? “ said Salam.

“Once I met a 15-year-old young man. He gave up his studies to become a pilot. I asked him why. He said that he wanted to kill people like his father did.” Said Eyad. The government of Syria, in fact, did not force young people to join the army to slaughter. A lot of people have been brainwashed since they were young, and they see the ability to kill as an accomplishment. “Nobody thinks he is being forced. That is the problem.”

When the world is disputing who is to blame for the nightmares in Syria, whether it is Russia, the US, the civil army or the rebel groups, the citizens in Syria are powerless to distinguish who is right and who is wrong. “We just want to end it all!” To them, the Russian government pretends to be in liaison with the Syrian government forces, whereas the US seems to be in good terms with Syrian citizens. But all these are nothing but robberies of natural resources and distributions of benefits. The citizens couldn’t decipher who is right or wrong, and nor do they have enough information and reliable news sources. The country is even unable to collect its demographic data, since those who are against the government are not allowed to register the birth of their children.

When the government is incapable of normal functioning, we look to non-governmental organizations (NGOs) for help. However, in Syria, the majority of NGOs are corrupted; what they take is more than what they give. “Donations flood in from everywhere in the world, but the money that really reaches people in need is minimal,” said Salam. “Frankly speaking, if all the money could reach those who are in need, Syria would become a country richer than America.”

“In Syria, NGOs are all quite wealthy,” said Salam in laughing. They were always laughing. “Sometimes we would joke about those ridiculous things with one another, you know, including people who have nothing at all. We would joke about who went to the swag market to buy back their own belongings that day, and which factory got stolen of its tools to be sold again. We would speak about all these in laughing manner, because there is nothing you can do but to laugh.”

Those who laugh the loudest are those who cry the hardest.

Like many other Syrians, Salam’s father has been unemployed since 2011, and he can only make ends meet with his savings. “Salam” means “peace” in Arabic, which is what Syria needs the most. People like Salam and Eyad are, in a similar way, indispensable in modern-day Syria. “No one can help Syria. Only we can help ourselves.”

Before the outbreak of the war, Salam and Eyad were two ordinary university students. During the five years of warfare, tens of thousands of people have died, and more than five millions are forced to become displaced. Salam and Eyad also had no choice but to bear the whips of life and to mature before their age. “No matter what religion you believe in, no one has the right to kill, even if you are an atheist,” said Salam. They are now serving as volunteers in United Nations to speak for the rights of adolescents and women. They devote themselves to NGO work wholeheartedly, hoping to make a change. I have never seen anyone stronger than they are.

There is at least peace in Taiwan. It seems as if there is nothing we can do to help alleviate the cruel reality in Syria and many other corners of the world. Besides, we have a lot to deal with in our own country. Many people might ask: why should we know about what is happening in Syria? Indeed, I cannot find a reason for you to care about the world, just as I am unable to clearly explain why we should cherish one another, why we should care about minority groups, and why NPOst will continue paying attention to the actions of NPOs/NGOs in Taiwan.

However, Syria is sparing no effort in teaching the world a great lesson with its future. It tells us wars do not exist exclusively in the history, and their consequences do not merely affect people of that particular generation. Young people like Salam and Eyad are trying to teach us what peace is, what life is, what trust is, and what love is. If we fail to learn something from real fighters like them and strive to make a difference on earth, then all the sacrifice and loss in the world will eventually become meaningless. 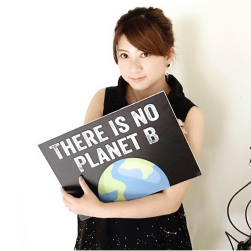 Latest posts by 葉靜倫 (see all)